Walter R. (“Rick”) Wheeler, President and CEO of Geospace Technologies (the “Company”) said, “We are pleased to report that our employees, as well as third-quarter operations were minimally impacted by COVID-19, the pandemic that has gripped both our country and the worldwide markets. To date, our heightened safety protocols have created a safe working environment for our employees and proved effective as our valued staff has been minimally impacted by the pandemic. Moreover, while our operations have not escaped the full brunt of the negative impact of the coronavirus, we are pleased to report that our revenue for the three-and nine-month periods ended June 30, 2020 totaled $22.7 million and $66.3 million respectively, similar to last year’s three-and nine-month totals.”

Wheeler further noted, “Continued strong demand for our ocean-bottom marine nodal recording systems fueled both our third quarter and nine-month results. Increased demand for these systems further countered some of the weakness we experienced in other parts of our oil and gas segments as well as in our adjacent markets business, each of which were negatively impacted by the effects of COVID-19. Not included in reported revenue are additional timely payments of $3.8 million received from a customer through the third quarter of fiscal year 2020 toward its promissory note securing the purchase of a 30,000 channel GCL land recording system. These paid-in amounts are included on the balance sheet as part of non-current deferred revenue and are intended to be recognized as revenue at a later date when collection of the note is determined to be likely.”

For the three months ended June 30, 2020, revenue from the Company’s oil and gas markets segment totaled $17.5 million, an increase of $3.1 million, or 21% over last year’s same period. For the nine-month period similarly ended, revenue totaled $47.5 million, an increase of $3.3 million, or 8% compared to the equivalent nine months a year-ago. The increases in both periods are attributed to increased demand for the Company’s OBX ocean-bottom nodal recording systems, partially offset by reductions in demand for the Company’s other oil and gas segment product lines.

The Company’s traditional seismic products generated $1.2 million and $5.6 million respectively in the three- and nine-month periods ended June 30, 2020. Compared to the corresponding three- and nine-month periods a year ago, these figures reflect reductions of 46% and 38% respectively. The declines in revenue in both periods are attributed to lower demand for seismic sensors as a result of fewer seismic exploration and imaging projects being performed by oil and gas companies. Due to low oil prices, oversupplies of crude, and the large drop in global demand for oil and gas amidst the COVID-19 pandemic, revenue from these products is expected to remain challenged for the foreseeable future.

The Company’s wireless seismic products produced total revenue of $16.1 million and $41.1 million in the three- and nine-month periods ended June 30, 2020. This compares with $11.9 million and $32.8 million for the equivalent three- and nine-month periods last year, reflecting respective increases of 36% and 25%. In both periods, the increases are a direct result of expanded rentals of the Company’s OBX marine nodal recording systems, partially offset by lower sales of its wireless land products. As a reminder, the Company has not yet recorded any revenue from the delivery of the aforementioned 30,000 channel GCL system having a sales value of $12.5 million. Growth in demand for the Company’s OBX systems derives from a renewed focus by many oil and gas companies to better leverage existing offshore resources in the recovery of discovered nearby fields. The superior geological images afforded by ocean bottom seismic surveys, which often utilize the Company’s OBX systems, increase the likelihood of success in these endeavors. The frequency and extent of such surveys fluctuate with weather and seasonal changes and may also be negatively impacted by declines in global demand for oil and gas due to the COVID-19 pandemic.

The Company’s reservoir seismic products generated revenue of $271,000 and $826,000 respectively in the three- and nine-month periods ended June 30, 2020. This compares with $447,000 and $2.4 million in the respective year-ago three- and nine-month periods. The reductions in both periods are a consequence of lower sales of the Company’s borehole seismic tools and lesser demand for performed services. The Company believes that contracts for the manufacture and installation of permanent reservoir monitoring (PRM) systems hold the largest opportunity for meaningful revenue from this product category. Although the COVID-19 pandemic disrupted some discussions with oil and gas companies interested in such systems, most remained ongoing or have since resumed. Based on these discussions, management currently believes that a tender for a PRM system is likely to be released in calendar year 2020 or soon thereafter. Should such a tender occur, and a contract be subsequently awarded to Geospace, the Company would not expect to recognize revenue related to the contract until later in its 2021 fiscal year or beyond. Management further believes that its broad portfolio of PRM accomplishments and its diversity of PRM products, including both electrical and OptoSeis® fiber optic sensing technologies, maximize its ability to be awarded a released PRM tender.

The Company’s emerging markets segment generated revenue of $88,000 and $557,000 respectively for the three- and nine-month periods ended June 30, 2020. This compares with $11,000 and $145,000 for the similar three- and nine-month periods of the previous year. The increase in the three months period is due to revenue recognition from site preparation and engineering efforts related to the U.S. Customs and Border Protection, U.S. Border Patrol contract. The increase in the nine-month period is further attributable to the sale of border and perimeter security products to a commercial customer. In April 2020, the Company’s Quantum subsidiary was awarded a $10 million contract to provide a technology solution to the Department of Homeland Security for the U.S. Customs and Border Protection, U.S. Border Patrol. Current execution of the contract is progressing on schedule. However, the Company does not expect significant revenue from the contract until the first quarter of its 2021 fiscal year, ending December 31, 2020. The acquisition of Quantum represents a key strategy of the Company to leverage its core competencies in the design and manufacture of seismic acoustic technology in combination with advanced analytics to create products that expand revenue from diversified markets apart from its oil and gas segment.

Over the nine months ended June 30, 2020, Geospace generated $12.4 million in cash and cash equivalents from operating activities. The Company used $4.5 million of cash for investment activities that included (i) $5.4 million invested in its rental equipment primarily to expand its OBX rental fleet, and (ii) $2.6 million for additions to property, plant, and equipment. These uses were partially offset by (i) $3.3 million of proceeds for the sale of rental equipment, and (ii) $0.2 million of proceeds from the sale of property, plant, and equipment. As of June 30, 2020, the Company had $26.7 million in cash, cash equivalents, and short-term investments, and maintained an additional borrowing availability of $17.9 million under its bank credit agreement with no borrowings outstanding. Thus, as of June 30, 2020, the Company’s total liquidity stood at $44.6 million. The Company additionally owns unencumbered property and real estate in both domestic and international locations.

In July 2020, the Company initiated actions to reduce its operating costs in light of decreased demand for products in its Oil and Gas Markets and Adjacent Markets segments. The cost reductions were primarily realized through a reduction of approximately 100 employees from the Company’s workforce and a reduction in the cash compensation of named executives and Company directors. In connection with the workforce reduction, the Company will incur approximately $0.8 million of termination costs in the fourth quarter of fiscal year 2020. The termination costs will be included as a component of both cost of revenue and operating expenses in the Company’s consolidated statement of operations. The Company expects it will realize annual savings of $ 2.0 million or more as a result of the cost cutting measures.

Wheeler concluded, “As the world grapples with all the ramifications of COVID-19, demand for certain products in our oil and gas and adjacent markets segments will continue to be negatively impacted. Curtailed travel and social activities, combined with lower factory outputs, will continue to keep global energy demands at below normal levels. Thus, continued balancing of supplies and pricing poses ongoing challenges to the oil and gas companies and energy service providers who are our major customers. However, we believe that our products serving this market stand out as the preferred instruments of choice within a recovering energy market. In addition, we believe our executed diversification strategy is already demonstrating successful mitigation of the volatility in our oil and gas markets segment, as evidenced by our contract with U.S. Border Patrol. Furthermore, we believe our recent cost reduction efforts and our longstanding financial discipline keep us optimally positioned to thrive in a post COVID-19 world ahead.”

Geospace Technologies will host a conference call to review its fiscal year 2020 third quarter financial results on August 7, 2020 at 10:00 a.m. Eastern Time (9 a.m. Central). Participants can access the call at (877) 876-9173 (US) or (785) 424-1667 (International). Please reference the conference ID: GEOSQ320 prior to the start of the conference call. A replay will be available for approximately 60 days and may be accessed through the Investor tab of our website at www.geospace.com. 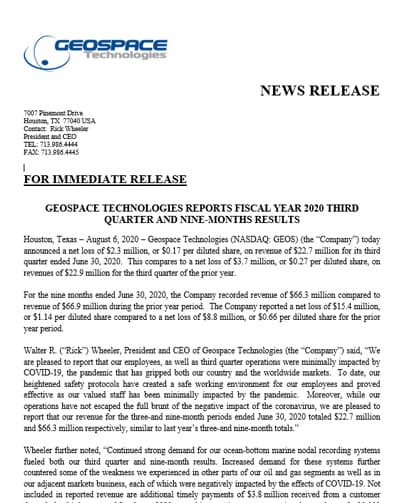 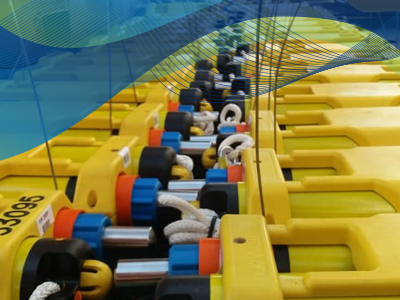 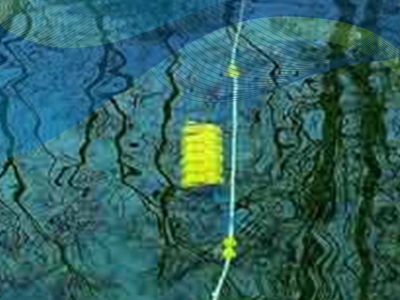 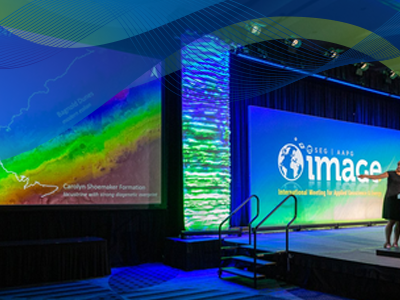 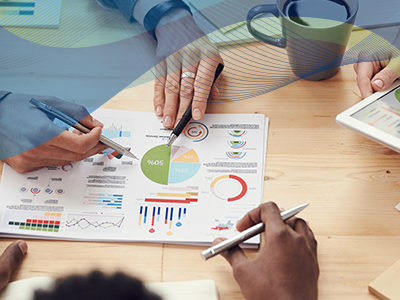